It looks like you are situated in Sweden. Which site do you want to continue to? 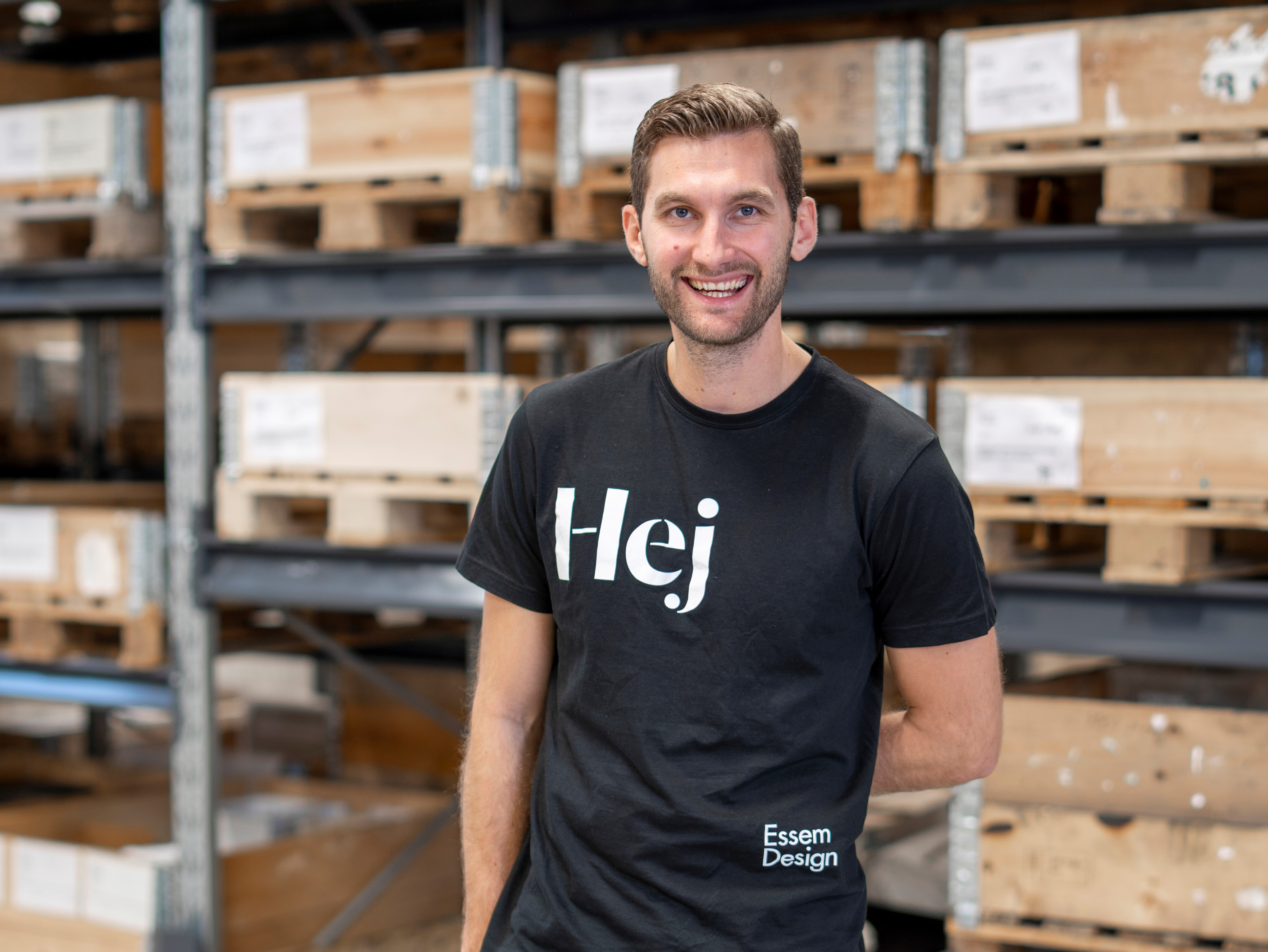 After an extensive selection process, the regional finalists in Sweden stands clear in the prestigious EY Entrepreneur Of The Year 2021. Among the finalists, entrepreneur and CEO of the furniture brand Essem Design, Robert Bladh, can be found.

This fall, the nominations for EY Entrepreneur Of The Year 2021 were announced. The CEO of Essem Design, Robert Bladh, was among the nominated entrepreneurs and have now achieved to go on to the final in the east region of Sweden. In November the six regional finals are scheduled in which an external and independent jury will elect the winners. EY Entrepreneur Of The Year is one of the biggest and most prestigious awards for entrepreneurs around the world. In Sweden, they received around 700 contributions for this year’s award. With a comprehensive selection process, it’s a big achievement to be selected as a regional finalist in the entrepreneur competition.

– Being a finalist, as the entrepreneur of the year, in the east region of Sweden is a great honor – not solely for myself, it’s an acknowledgement for the whole company and everybody working with Essem Design. As a family company with a long history in Anderstorp it’s a great accomplishment to be a regional finalist in such a big award, said Robert Bladh.

About six years ago Robert got active and also an associate owner of Essem Design. A few years later, he took on the role as CEO after his father. The ambition has always been to develop the company with the spirit and focus on the first room of the home – the hallway. Additionally, the furniture history of the province of Småland has motivated Essem Design to allow the history to keep on living through the brand. The affiliation to the local area, Anderstorp, has always been strong, both identity wise as well as for the business. To operate in the local area has also been crucial for the company’s sustainability work.

During November, the Swedish regional winners will be announced and decide whom pass on to the national final.